Nothing is finally going to launch its first smartphone in the market named Nothing Phone(1), we have been waiting for a long time for our first look at the phone, but now don’t need to wait anymore because Nothing is officially launching the first look banner of their phone.

They have revealed the first look of the smartphone on the 15th of June 2022, and the probability it will be launched on the exact 12th of June at 8.30 IST it will be specially available on the Flipkart. Let us take a quick overview and performance of the Nothing Phone(1).

Design of Nothing Phone(1)

This phone is with a dual rear camera and obviously, the LED flash at back, This body is totally covered by a metal frame, and the nothing branding the bottom left corner of the phone. You will see the volume button on the left side and the power button on the right side respectively on the Nothing Phone(1).

A Silver metallic frame covered the corner of the smartphone, and the interesting thing to watch out for when the phone will be launched is the ‘Nothing’ branding and the logo placement.

Manufacturing of Nothing Phone(1)

As we know that there is a lot of information shared by the company with the help of social media, but the major factor that comes in the Indian market is the price, Which makes a lot of difference in it. the positive thing about this Smartphone is it is totally made in India and the one manufacturing plant is in Tamil Nadu.

The benefits of manufacturing plant in India helps them to keep the cost of the smartphone as much as possible. Currently, there is no information regarding the price of Nothing Smartphone but the company blame that they have tried to keep it as low as possible.

Features of Nothing Phone(1)

It is expected that these smartphones on the Android 12 version, Probability will be launched with 6.55 inches OTT display with 2400 x 1800 pixels and with a 90 Hertz fast refresh rate. This device is run on Snapdragon 7 Generation, with 8GB RAM and 256 GB Internal Storage.

You will see dual-camera at the back and high quality 32 MP selfie camera at the front. As Nothing will provide a 4500 MAH battery that will support the fast charging support, it is not revealed how much Ampere charger it supports.

Some of the features are not revealed by the company, but in a time they will reveal the new features and some pictures on their official social media handles. people are really showing love for this new smartphone brand “Nothing Phone(1)”, hopefully, it will be made some revolution in the Indian smartphone market. 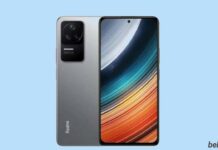 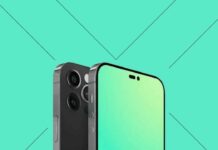